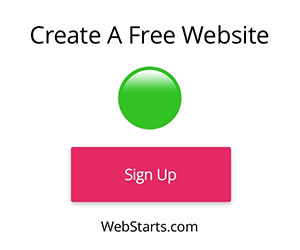 The earliest time; she can remember during her childhood was playing in the yard with her brothers! Who was throwing a ball; around the yard, their dog lassie she was, playing in the yard as she chased the ball around? She did not want to go and get the ball for fear of lassie jumping on her, and that is what exactly happened. She remembers that the water was nothing but iron and rust, as well, as water, which made her sick to her stomach. She did not know that even if the water; was masked by Kool-Aid or tea. The house they lived in; was bought by her grandparents; and paid off by her parents eventually. By looking through the journal entries of years ago, she finds that her family struggled for many years. It never changed; somehow, when your parents raise you, you eventually become what your parents were unless you do something about it. She has; heard many stories about when she was; growing up; she was the second child that her mother had just a year after her brother. Her father told her that she spent more time with her aunt Kaye than; she did at home. Her father would say that he would come home and find his daughter not there. He would ask where she was, and he would go and get her, bring her back home with the family.

Of course, she does not remember this, and those memories are long gone for the time being. She knows that her parents loved her. But the consequences of their actions over the years presented her with problems. She could not overcome it on her own! She will never understand; the actions of her parents after the move from Newport, Tennessee, and what transpired during this time because it does not make sense to her! The only thing that she can remember about her childhood is the memories she finds notated in pictures of a past time. She remembers a time when her family was the envy of the neighborhood. It seemed like they had it all; however, that was not the case. When she was a little girl, she thought things were going well for her family because they had food, a place to live, and the love that all families wish; they had. Unfortunately, things turned down that dark road that many people never would; have thought would happen. Her father attended a Christian college and graduated. He had several types of jobs over the years and in different places within the small; little town we lived in! She tries to remember the move from their home in the small town, but; it is so foggy that she does not remember much from their; move from place to place. She hopes to find some answers while writing this book.

She will find out some of the answers to the questions; she has had for a long time. However, she knows that it will probably not go that way, and she will still have the same questions on her mind about how her family just went their separate ways. They moved to Nashville, Tennessee, because her father accepted a job as; a teacher at Hillsboro High School teaching high school students! When the mother decided that she wanted to have a job instead of being at home every day with the children. The moment in your life; where; everything starts making sense! Although, you do not understand what is going on because you are still a little girl. Things started; to change, and nothing that anyone could do to make it better. Everyone tried to make things better but, in the end, no one could because it was all over.

She tries to think about some of the memories, but she blocks them from her mind. No one in her family wanted to talk about the problems; or what happened with their perfect family. She knows that things have to change for everyone to evolve in the world, but sometimes it is hard to think about when she stops to think about the things that transpired all those years ago. You know some; of the memories that come zipping through her mind are the ones she does not care to remember. Unfortunately, those are the only ones that fill her mind when she starts to type about her life after her parents’ divorce. She knows not many people she has told about the whole situation, and none of them cared enough to talk about the problems she had growing up. Their teenage years were oblivious to her because she had to take care of her sister and brother while her father worked. No one knows the pain and suffering or, at least no one cared because they were too worried about themselves and the pain and suffering that they were going through.

Another moment that she remembers is waking up one night listening to her mother talking to her grandmother about her getting remarried to a man she said raped her when she was a teenager at the church that they were going to at that time. She believes that the church she attended had the name of Caney Creek. All those years; ago, and she still is, faced with the horrors of going through something like that. Her mother seemed upset about the whole situation and did not want to sit around and talk about it. She remembers that her mother would have a hard time getting up in the morning to make sure; the children would make it to school on time. She could not wake up from her sleep for any reason. It did not matter if you blasted the stereo she; still would not wake up to take the children to school. Of course, this caused problems with her parents because it was against the law for children to miss school for stupid reasons. During this time, it was not that big of a deal until the turn of the century; parents would get into trouble for not taking their children to school.

One night after starting this book, during the night, she slept and woke up frantic because she thought someone was calling her name. Although it was just a dream, it felt; real to her when she sat up in the bed and looked around as someone; was calling her name. Instead, all she saw was her husband sleeping next to her, and there was no one else around the children, were sleeping in their rooms, and she was the only one awake. It is; amazing even in a rem-cycle; you hear things and cannot understand why you hear; them. It is not so much a fact; it is hard to talk about the things that she went through but a feeling of satisfaction that it is over, and she does not have to think about the horrific parts of her life anymore. She has her own family now and loves that they have their own life to live, without the worry of nightmares of what happened all those years ago. As for the years to come, she is okay knowing her family does not want to talk to her, and she is fine; with that outcome.

She remembers the countless lectures that her father would have about certain things that happen in the world today. Things; that her father said during those lectures she carries around with her and her children! However, she does not use the same tactics as he did when the children from the first marriage were growing up. Amazingly, he did not care as much as he stated; because he would not have done those things to her after the divorce. She did not think about it much until she was older and had children. Now, she cannot even fathom doing something like this to her children because they are precious to her and her better half. They are everything in her world besides her husband, and having her children around is the most important thing in her life right now.

I love to write, spend time with the family, and work for the things that I have. It has not always been an easy road but it never is. The more challenging it is the more she loves life. Her goal is to achieve her dreams of having her own business one day. I hope that you enjoy the articles that I write. Some of them are personal experiences that I hope enlighten others. Happy reading! Enjoying life to the fullest. :) View all posts by Tammy Hopkinson, MBA

Wealthy Affiliate come join the fun in building a business.

Recipes showing step by step directions with pictures and a printable recipe card.

Short essays about novels and other fictional works

Exploring the World of Fiction